Anavar (Oxandrolone) Video: Does it really worth it?

From being a female-friendly steroid to being completely side-effect free, Anavar has earned many an accolade in the internet era.

How much of it holds true though?

What can the average gym rat expect to gain out of an Anavar cycle?

Since it is touted as being the mildest steroid of them all, can you do without a PCT in a short Anavar cycle?

Will you gain muscle? Will you retain muscle while on a cut? Will you look shredded?

How much of those gains will you be able to keep post cycle?

And for over two decades, it was widely used in therapeutic applications like treating osteoporosis, dramatic weight loss due to terminal illness and muscle wasting.

One of the reasons why Anavar was preferred over other, more effective steroidal drugs is due to its mild nature.

Yes, it is generally one of the safest, well-tolerated anabolic androgenic compounds in the world.

But, there’s a catch.

In 1989, the FDA cracked down on Big Pharma over the sale and use of anabolic steroids. This led to a whole bunch of products being taken off the shelves.

These products then shifted to underground labs.

And Oxandrolone, which was once cheap and easily available became ridiculously expensive and counterfeited.

That’s one of the reasons why many athletes shy away from using Anavar these days.

It’s nearly impossible to get access to pharma grade Anavar. UG labs store products that are severely under dosed or laced with other androgenic compounds.

Secondly, if you do manage to get your hands on 95% pure Oxandrolone, it will cost you at least 200% more than what a simple Test-E or Test-Cyp cycle would cost you.

Do the rewards justify the cost?

Cost Vs. Benefit: The effects of Anavar

Despite having to pay through the nose and the risk of landing bunk gear, a lot of users still opt for an Anavar cycle.

That’s because Anavar is one of the finest, ‘aesthetic’ steroids.

If you are not looking to turn into a mass-monster and have a pretty low body fat to begin with, then Oxandrolone will give you that perfect finishing touch.

The first and most notable Var effect will be the veins. For some users, this begins to show in the mirror as early as week 2. But it is around the 6-8-week time that Var really begins to shine. The vascularity will be insane. With a clean diet and some heavy lifts, that’s ‘Sylvester Stallone in Rambo III’ level vascularity that you are gunning for.

Anyone who’s done orals will vouch for the painful pumps that some of them can cause. Anadrol is notorious for it. Anavar will give you the pumps without the pain. Your muscles start to look fuller and harder. The pumps last all day. And for a lot of users, continues for a few weeks after cycle.

Mass gains will be moderate. But if you are eating in a surplus, then you can make some dry muscular gains devoid of any bloat. And you can keep the gains with little off-season compound help. Remember, it is one of the handful of steroids that do not aromatize. Women love Anavar for this reason. It gives them good gains with minimal sides.

Anavar is one of the best orals for strength gains. In just a couple of weeks, you should notice a moderate increase in strength. Not as dramatic as Halotestin. But it will definitely be a huge step up from natural training. For an athlete, that’s added speed, strength and power.

Whether or not Anavar directly causes lipolysis is a matter of debate. What is known is that being a powerful androgen, it increases metabolism which can accelerate the rate of fat loss. Club that with the added vascularity and muscle hardness and you automatically begin to look shredded and leaner.

A small but increasing number of people also use Anavar for the therapeutic benefits it offers. It helps in recovery following an injury and is also said to be wonderful for connective tissue. People who generally experience severe joint pain while on steroids, add Anavar midway during their cycle for this.

Is it really a side-effect free steroid?

Being mild does not equate to being side effect free.

Anavar is a powerful androgen. And a 17caa oral steroid which will stress your liver and your lipid levels.

In a performance enhancement setting, the minimum recommended dose of Anavar is 50mg/day.

Note that a lot of users start with a much lower dose and bump it up after a couple of weeks.

Some users also start with 100mg/day.

But men can get good results with low doses and there’s no need to increase the dose as it also increases the risk of sides.

Females can get good results with just 10mg/day.

Any experienced steroid user worth their salt would ask you to club Anavar with a low dose of Testosterone to get reasonably good results.

But despite this, many users will still do an Anavar only cycle.

As long as you don’t expect dramatic results, an Anavar only cycle will give you decent gains.

Just ensure that you get pure, pharmaceutical grade Anavar. 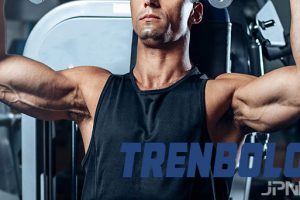 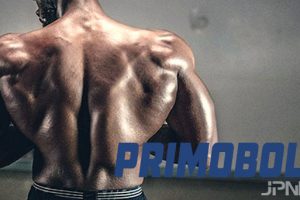 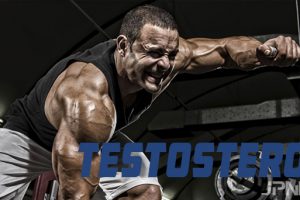 Time and again, we have seen athletes as well as fitness buffs 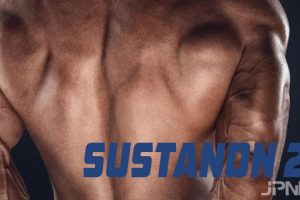