If there is one SARM that’s perpetually shrouded in mystery, then it has to be GW501516 (Cardarine).

Although technically, it isn’t a SARM at all.

There have been controversies galore surrounding its use right since its inception.

First came reports of how it could change the way we treat obesity and lifestyle diseases linked to it.

Everybody was going gaga over it and suddenly, there came the studies that harshly and haphazardly labelled it a potential carcinogen.

This was followed by other studies which showed it as a potential cancer cure.

Which one is it really?

Does it amplify the rate at which cancer cells proliferate into forming tumors?

Was that a highly exaggerated study conducted at extreme doses for unrealistically long time frames?

We know that you probably didn’t expect this article to begin this way. But we cannot address the benefits of Cardarine unless we address the controversies.

Cardarine or GW501516 is an investigational research drug that was developed in the early 90s by Ligand and GSK as a potential therapeutic aid for cardiovascular and metabolic diseases.

It is a PPARδ (Peroxisome Proliferator-Activator Receptor-delta) agonist that works by activating the PPAR-delta pathway at specific receptor sites in the body.

In UG labs, it is often sold under the moniker ‘Enduborol’ due to its characteristic to boost endurance.

At the peak of its popularity, Cardarine was touted to be THE answer that science was seeking for conditions like hyperlipidemia, diabetes and obesity.

In fact, despite GSK and Ligand discontinuing the production and studies, independent researchers continue to study Cardaine and PPARb/d ligands for its application and safety.

Like most research chemicals in those days, Cardarine made its way into the athletic and bodybuilding community in the late 1990s.

It is widely believed (not confirmed) that in the 2008 Olympics in Beijing, a large number of athletes were using Cardarine.

What results can you get with Cardarine?

There is a reason why GW501516 is called Enduborol. That’s because the first and most notable effect is the increase in endurance.

That’s what makes it so desirable for athletes from a performance enhancement point of view.

But that’s not all.

One of the effects of activating the PPAR-delta pathway is lipolysis. GW501516 signals the body to utilize stored fat instead of muscle for energy. This has a two-pronged effect. Firstly, your metabolism is revved up and you start to burn more organ-clogging fat. Secondly, this gives you a consistent supply of energy. Not a skewed graph as is the case with stimulant-laden fat burners.

We show that the oral PPARδ agonist GW501516 is capable of significantly improving impaired oxidative metabolism in skeletal muscle.

Cardarine kicks in within days of the cycle and the results are almost magical. You can bang out more reps in the gym without getting pooped, your cardiovascular capacity skyrockets. Many athletes report being able to breathe easier. Some mention that their lungs felt lighter when they were on the compound. That’s the reason why multiple athletes have been caught on Cardarine. Long distance cyclists, runners, sprinters, anyone in competitive sports can gain an advantage with Cardarine. Bodybuilders on a Trenbolone cycle add it to their stack for the same reason.

While it helps you burn fat; it also helps you retain muscle. That’s akin to what anabolic steroids do. Think about the potential applications of the drug in a hardcore cutting cycle or during competition prep.

A lot of athletes start using Cardarine purely for its therapeutic benefits. One of which is faster recover from injury and reduced inflammation in muscle tissue. Cardarine also helps to reduce inflammation in brain cells and might protect from the damage caused due to oxidative stress.

Using steroids that are harsh on your lipid levels? Cardarine can help lower LDL levels while increasing the levels of HDL. Think of it like adding a cholesterol drug that also offers tons of other benefits.

Another reason to consider adding it to your steroid stack, especially if you are using orals. Cardarine helps reduce inflammation in the liver, prevents insulin resistance and may protect the liver from steroid-induced damage.

Does Cardarine cause cancer? What are the other side effects?

To be honest, there’s a lot of contradictory information out there at the moment about Cardarine and cancer.

What we do know is that the only clinical study that linked it with a potential increase in cancer cells was conducted for almost 2 years in Han Wistar rats that have a lifespan of about 3-years.

They were administered Cardarine at five to six times the normal dose for such an extended time duration.

Yes, the mice developed cancer and tumors at almost every organ in their body.

The question to be asked is, will you ever use Cardarine at five times the recommended dose for two years at a time?

If yes, then it may cause cancer or it may not. We just don’t know.

What we do know is that at low doses, the results achievable with the compound are nothing short of remarkable.

And it does not cause any severe side effects at that dose.

Moreover, there are more recent studies that show how Cardarine might in fact prevent cancer cells from proliferating.

Until there’s some clarity on this, we’d say that you take the carcinogen claim with a large grain of salt.

What is a safe/recommended dose for Cardarine?

It is recommended that you start with 10mg per day for a couple of weeks and then, increase it to 20mg/day.

Some athletes even take up to 30mg/day with zero sides.

But it would be in your best interest to stick to the 20mg dose.

The cycle duration can be up to 8-weeks.

Most seasoned SARM users have now started to use it for shorter cycles though.

So, even a 5-week cycle might give you great results.

GW501516 is one of the most effective compounds to have been ever introduced into the world of performance enhancing drugs.

There are only good things to write about it and it is generally, very well tolerated.

Having said that, you must use such a powerful compound responsibly.

Don’t go overboard with the dose or cycle time and always buy from a reputed source. 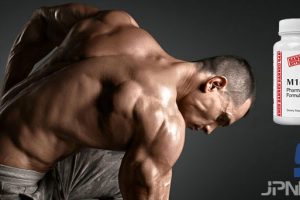 Introduction Andarine, commonly known as S4 in the market, comes under umbrella 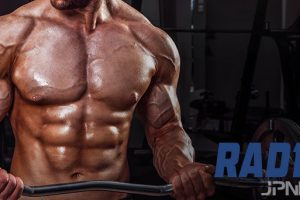 It’s quite interesting to read about SARMS on messaging boards these days. 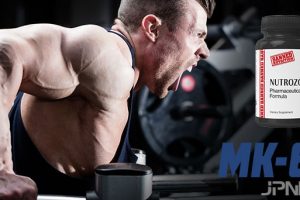 Some called it Nutrabol, while some call it MK-677. Whichever way you 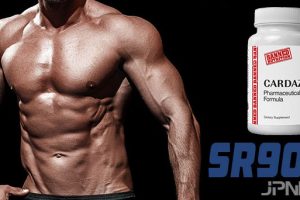